Skip to content
First sense
First of all, let me talk about my first feeling after watched “The Wandering Earth“.  As a good friend recommended it, he said it was super excellent. I started watching this movie with the mentality of appreciating, finding and discovering as many glittering points as possible.

Special effects
For me, the special effects of this film have refreshed my understanding of domestic movies. Personally, it is no worse than Star Crossing (of course, there are some comments that it has achieved the ultimate in its ability range and avoided it if it can’t do it). The shocks brought by this film exceed expectations. To sum up, the special effects mentioned above are not a deduction point and are very attractive.
Film Structure (Key Points)
As a high school student, I have to make a deep analysis from here. Chinese teachers often say that characters, environment, and plot are three elements.
1. From the point of view of character design, the film has no characters very abrupt. And I don’t agree with the director’s view that the characters die to create a tragic atmosphere. There is no such situation at all, but the environment and the plot need to make sacrifices.
Some people say that the role of Duoduo is of no use at all, so it is imposed later on the radio to call on the plot. I don’t think so. First of all, she and Hu Kou together can show a theme: brothers and sisters are in deep love.
The plot she was with her grandfather showed that he was deeply in love (though not very helpful) and then introduced her background with a plot. She was not a child born to her parents but also showed a kind of fraternity. In the first part, besides crying, she was saved by her brother. Later, she had a self-examination and recognition mentioned in the radio, which explained the theme: no matter how small a person is, if he is willing to pay, he will have the right time for you to do it. This is also related to her desire to explore at the beginning. It can be said that from the front to the back is very coherent and rigorous. What is more valuable is that this plot reflects a growing process.

Besides, Hu Kou, the protagonist who is confident, passionate and emotional but contradicts his father, can be said to be very typical. It’s not very clear what contradictions are, so I think his greatest role is to string together the whole film, promote the plot, and hint at the theme.
Finally, the biggest controversy about this dad is that he gave up the chance of human continuity in order to meet his son. (Of course, whether a fire can burn AI or not, I don’t want to discuss it harshly. After all, it’s not interesting.) At first, I wondered if he was too selfish until I saw a scenario in which he unloaded the sleeping cabin before leaving, and then rushed forward. To some extent, there was still hope. And there’s no reason for him to be selfish because his behavior also prevents him from seeing his son, so when he decides, he chooses not his son, but the whole earth, which brings about a new theme: protecting the earth first. And in the beginning, taking the earth away instead of flying a spaceship also has some care in it.
2. In terms of plot design, the film has a lot of foreshadowing and titling. Although the ball of the Hukou was not introduced at first, it appeared three times and again at the last time when everyone felt that they could not survive. It was unexpected but reasonable. Every time there is a paragraph before driving, it deliberately does not rhyme, so it attracts the attention of the audience from the beginning. For the first time, there was something funny about it. The second time Grandpa was driving, his voice reminded him of it. To a certain extent, the narrative of the later death was not so abrupt. The third registered permanent residence came to drive when Grandpa was dead. The car or the sound symbolizes his decision to go back on the road. The voice had another hopeful ending. Yes, words are endless and meaningful. 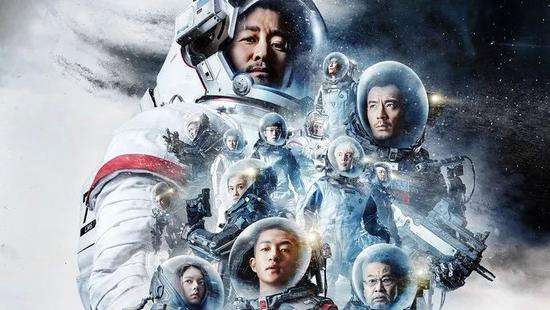 The film process is also compact, orderly and tortuous. For example, the relationship between the two groups of people has been delicate, full of distrust and complaint since they were arrested.
Sending flint to the elevator is a fluctuation. The contradiction between the two is cleverly pointed out by the first person or the first person. This left the audience uncertain whether he was a good man or not until the man sacrificed his life to save Grandpa and vaguely guessed that he should be a good man.
Then the audience thought that they had saved Grandpa’s life, but he was still dead and used this narrative to reveal the mystery of the brother and sister’s life.
For example, flint is lighted before it is sent to someone else. But then there was a super desperate broadcast, then Hukou looked at the sky and remembered that Dad had taught him hydrogen and oxygen to generate water under mixed light and explode. This pushed the plot down and quietly brought him closer to his father’s relationship, allowing him to play his father first role at last.
It’s worse than ever to see such a difficult situation succeed but to experience another despair. Because the most frightening thing is not failure but work without gain. It lets this person be full, also echoes the beginning. Hu Kou close and count one, two and three， look up at the stars to see his father. The plot is really super. His father became a star and died miserably.
To sum up the plot of this film is to experience efforts, despair and sacrifice, and to highlight the theme once again: earth needs to be maintained by all. Efforts do not necessarily lead to success. 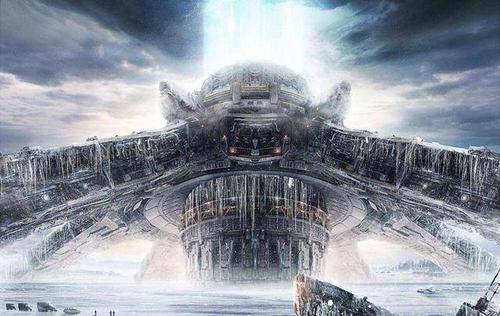 The only thing that I find a little far-fetched is that the sister cried and saw the communication card connecting to the space station. It was a bit abrupt indeed.
It is possible and rigorous to think carefully when looking at other plots.
To sum up, the highlight of this film is that there are too many themes. Different people can see different points from different angles. This is also an important criterion for me to evaluate a good film and a good novel. The more themes it has, the more connotations it has.
The second is to pave the way for the film to be rigorous and orderly, with an endless aftertaste.
Finally, the film’s narrative skills are very superb, with special effects look very shocking.
2018 is coming to an end. Let’s take a look at top 10 ticket office movie 2018 China this year.
“Operation red sea” has been praised by people since its release. The film tells the story of a Chinese navy commando team of eight who were ordered to evacuate overseas Chinese and won by a narrow victory finally. The film passes through real and cold-blooded war scenes, as well as a deep understanding of team tactics. It embodies the spirit of China’s modern military and demonstrates the value of peace.
“Chinatown detective 2” tells the story of Tang Ren for a huge sum of money to cheat Qin Feng to New York to participate in the world famous detective competition, the content of the competition is to find the murderer of the grandson of Chinatown godfather seventh uncle. Two people combine again detect a case and risk life to fall apart New York.
“I am not the god of medicine” is based on real events, but the specific character of the characters have some fictional and re-creation plot. This film is not only a rare domestic realism film with extremely high degree of completion, but also a work that uses sincerity to break down the so-called institutional barriers and win the audience by the shooting method of rules.
“The richest person in Xihong city” talk about the goalie Wang Duoyu who mixes at third-class amateur football team, he be expelled from the team because the match loses but as inheriting his twice grandfather’s inheritance and obtaining a large sum of fortune, causing a series of events that make a person laugh and cry from this.
“Avengers 3: infinity war” is the third in the “Avengers” franchise and the 19th in the marvel cinematic universe. Linked to “Thor: Ragnarok” and “Black panther”, the film tells the story of the avengers and their superhero Allies who sacrifice everything to prevent the destruction of half the universe.